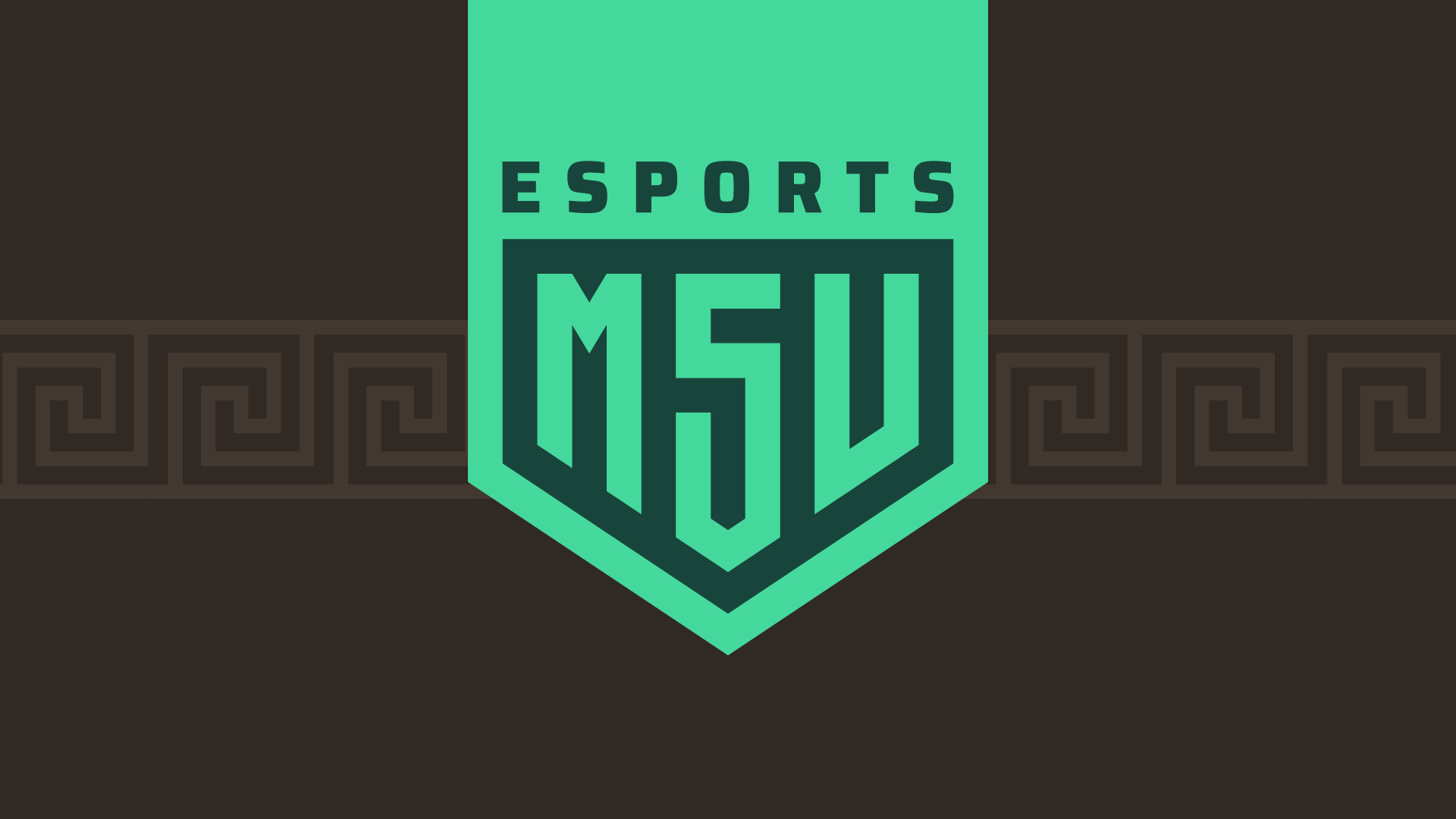 Consistency out of chaos.

A slew of logos, some of them not permitted for use by student organizations. The need for a cohesive branding strategy. And a brand new Smash 4 weekly series requiring overlays. This was the situation the Esports Club Association at Michigan State University faced and what I discovered when I found them in 2017.

Those who have worked with collegiate student organizations will recognize that large universities and their brand standards are understandably touchy about the use of official logos, especially athletics logos. As a result, most esports clubs at large institutions, unless officially sanctioned, cannot directly tap in to the rich reservoir of athletic language typical of a Power 5 school.

To do this, Michigan State University's institutional green color was paired with motifs that indirectly were associated with the Spartans. A punchy mint green is the brand hero color; backgrounds use an ancient Greece-inspired pattern in two tones of deep bronze. The logo itself is a banner, designed to hang from the top of layouts.

There are two versions of the primary mark, one with ECA for the internal acronym and one with MSU for external applications and when esports teams from East Lansing square off against those from other places.

The reason I had found the group in the first place was that they had begun to stream their tournaments and needed overlay help. In response, I introduced a clean, low-profile overlay to elevate the appearance of their weekly broadcasts. It is still in use today, more than four years since its introduction.