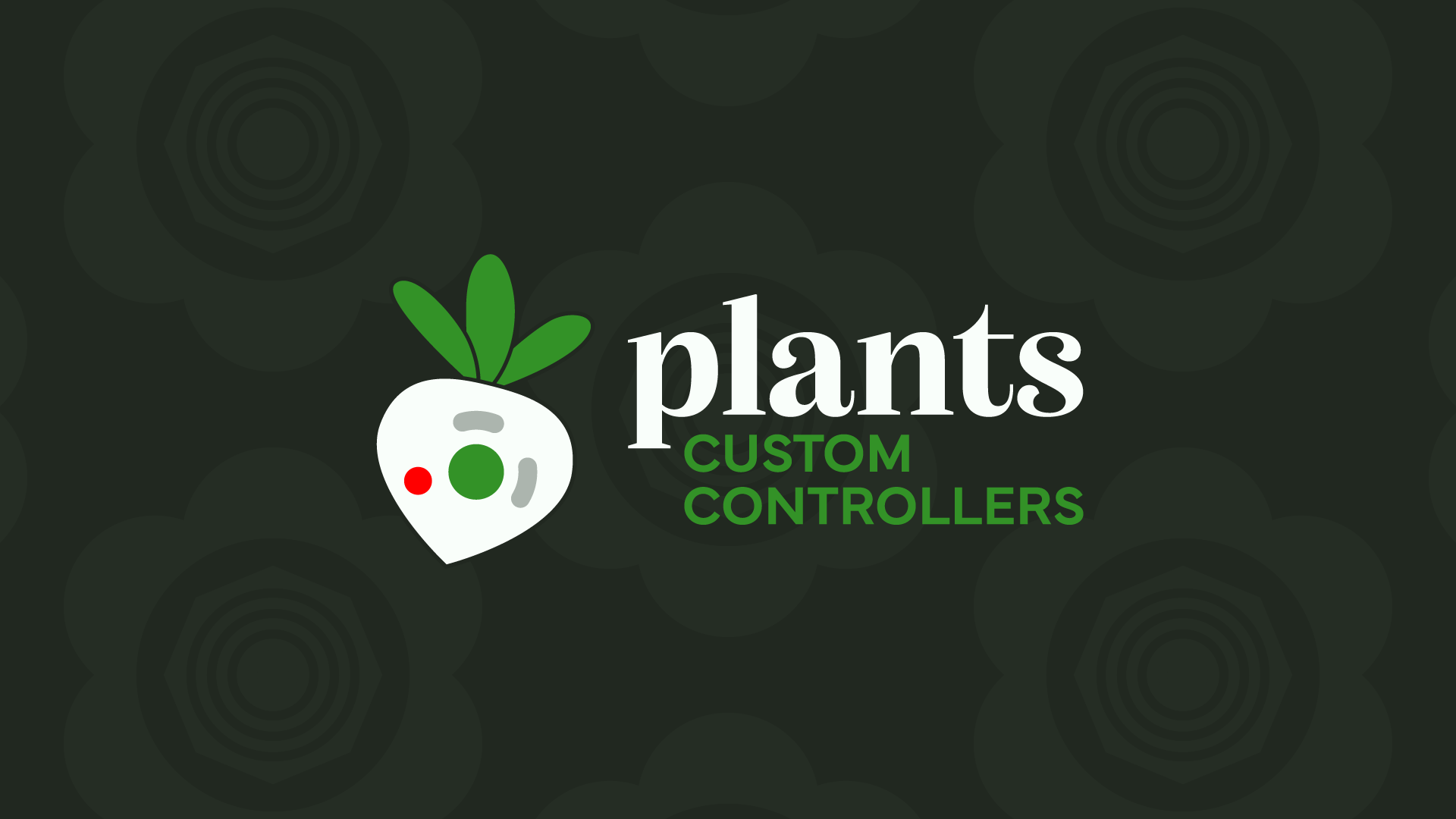 An identity as solid as the controllers he makes.

Plants, a maker of custom Nintendo GameCube controllers for Super Smash Bros. players, had a logo he liked (left). Not only that, but it was made by his friend who recently passed. However, without an adequate digital representation of what had clearly been a hand-drawn logo, he had recognized that was going to be a very difficult logo to use. Furthermore, at small sizes, it had many indistinguishable elements.

The challenge came in multiple parts:

The solution was to keep the turnip, redrawing it as faithful to the original as possible, but ditch many of the fiddly bits of the GameCube controller and focus on its iconic shape for the A, B, X, and Y buttons. The result would be a more compact logo, a better-defined color palette, and a symbol that would be more recognizable, especially as a maker's mark on his own products.

In addition to new promotional graphics and assets that could be readily turned into print applications, a "Modded in Vermont. Made for the world." tagline was used to position the controllers in terms of quality and craftsmanship. Even the background is controller-inspired, with blooming flowers containing a Control Stick.