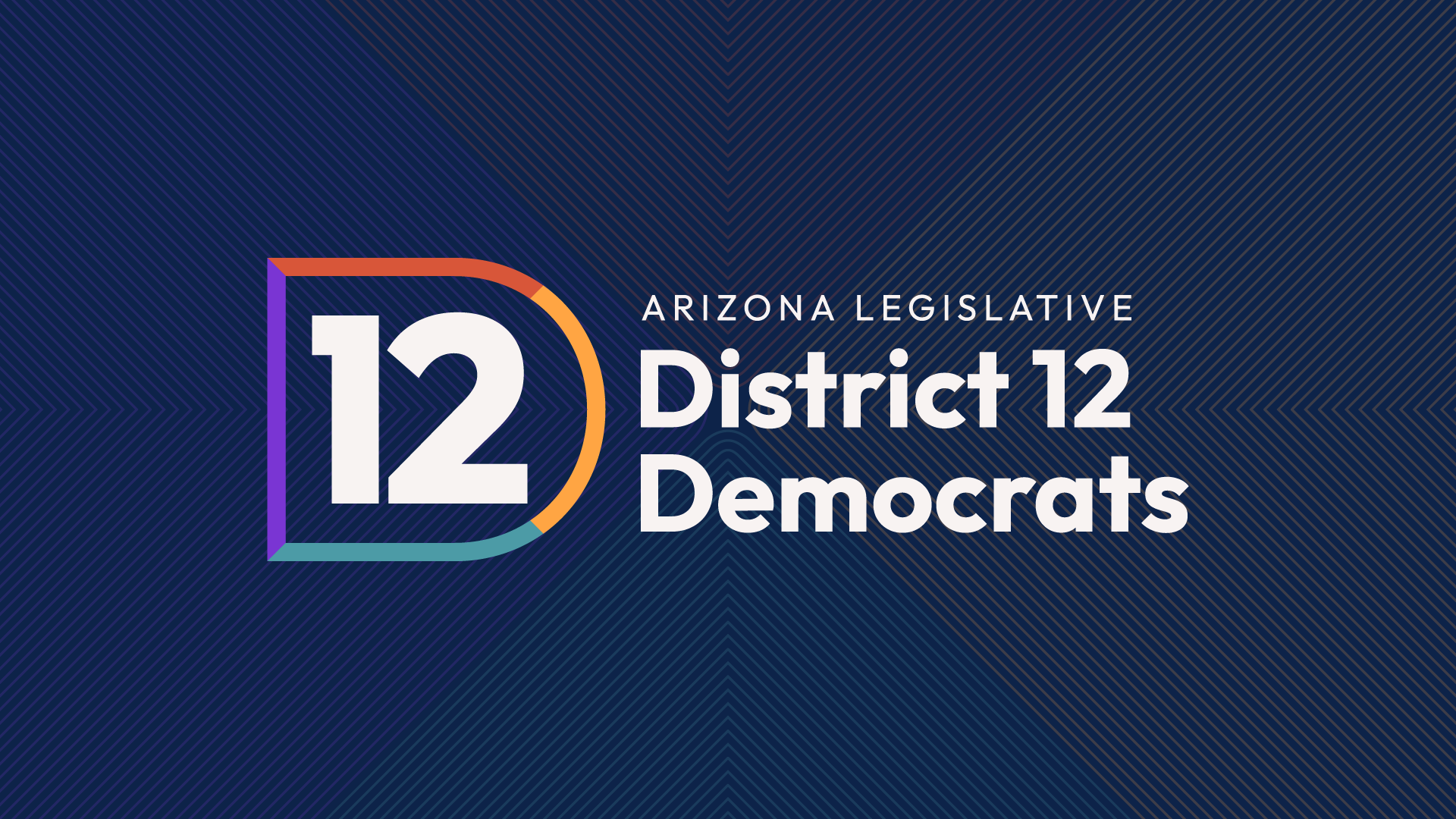 In 2018, I designed a new identity for the Democrats of Arizona's Legislative District 18, representing the four cities included in that district: Tempe, Mesa, Chandler, and the Ahwatukee portion of Phoenix.

Redistricting changed the number to 12 and also resulted in the boundaries shifting slightly, dropping Mesa and adding more of the Gila River Indian Community. As a result, the look was refreshed to support the activities of the party in this increasingly blue part of the state. A new background was implemented to correlate with the four-part "D" ring in the logo.