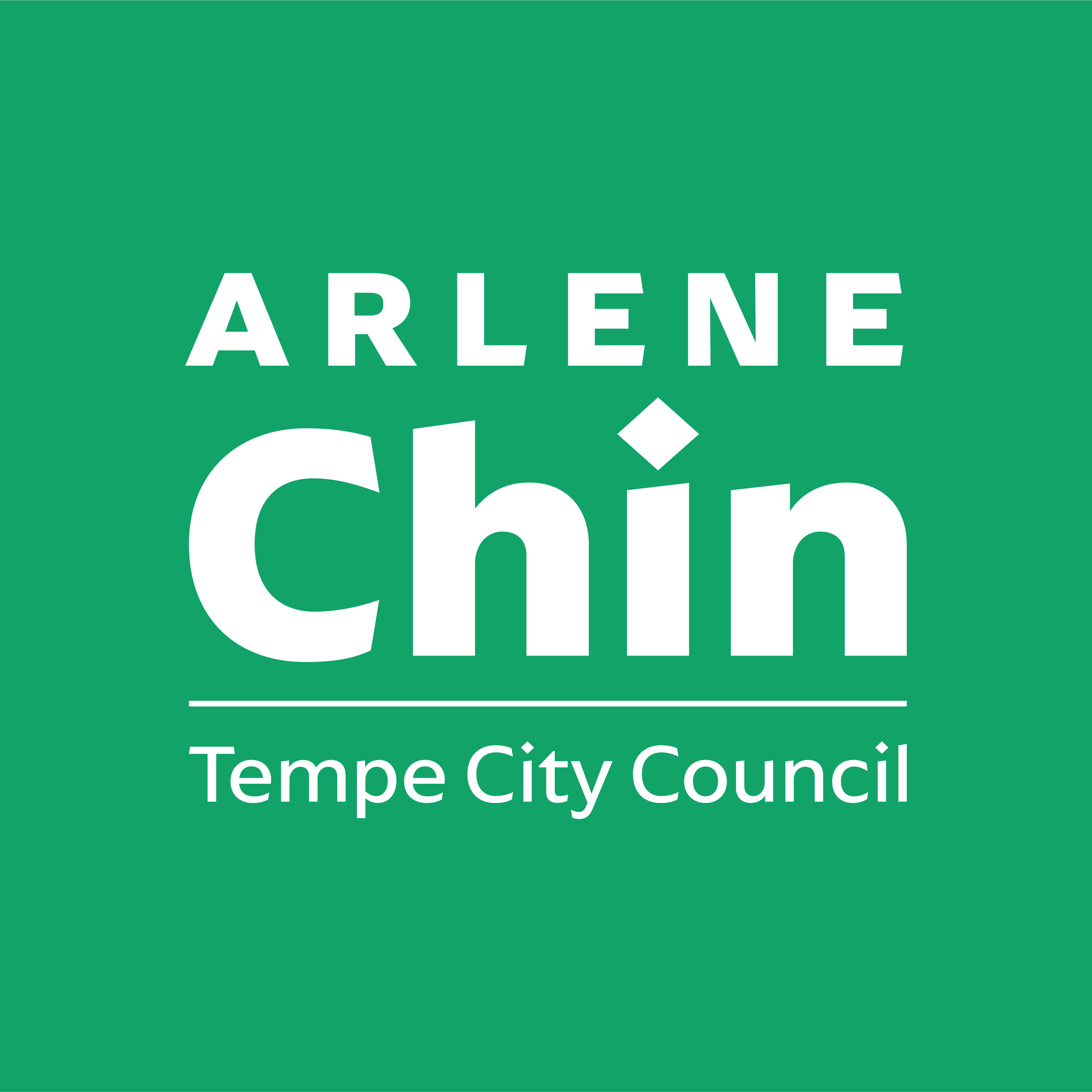 A new voice with experience.

Arlene Chin had been appointed to serve the remainder of a term on the Tempe City Council in 2019 and 2020. Now, she was running for office for the first time. The brand needed to capture who she was while being straightforward, warm, and honest.

"Chin" is a short last name, and since the most important campaign touchpoints (such as signage) might include as little as the candidate's name, I wanted it to be memorable. This led to the type choice for the campaign: the Arpona superfamily from Floodfonts, which has as one of its defining characteristics diamond tittles (dots) on the lowercase "i" and "j". The rotated square shape then was built into background elements and a lozenge used on many campaign communications.

As it turned out, there were seven candidates running for three seats—a situation which threatened to send this campaign to a second round. The green color—Arlene's suggestion and, along with the purple, a nod to the women's suffrage movement of a century ago—was a clear standout on crowded street corners and in filled mailboxes. It also helped the candidate stand out: Arlene was elected with the most votes of any candidate.