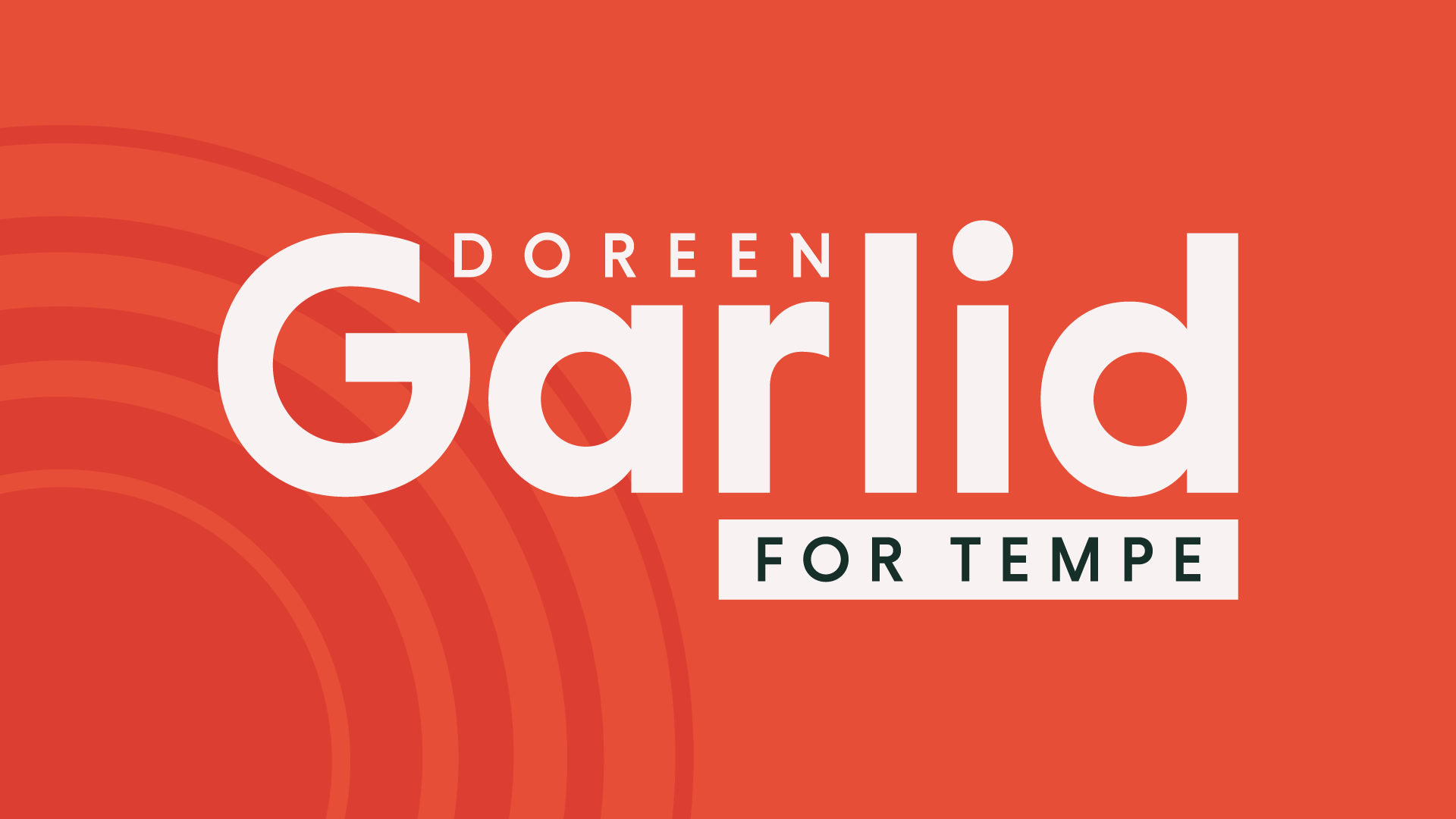 At the start of 2019, I was approached by Doreen Garlid, who was running for elected office for the first time. When we met, she had a color suggestion: a deep, "bipartisan" shade of blue.

I responded by pointing out something important. Her election would be a week before the Democratic presidential primary in Arizona. There'd be a lot of blue, and would looking like often-divisive national politics be a good thing?

I argued no and advocated for a warm coral orange, reminiscent of Papago Park. It was the color decision that bolstered a campaign—and helped it on the road to victory.

The campaign brand was built around the idea of an image as warm and friendly as the candidate, visually distant from the tropes of what would indeed turn out to be a crowded Democratic primary field and closer to home.

Some elements were obvious. The Suncrop, rendered in negative to give dimension in another nod to Papago Park's reddish rocks (and to the City of Tempe logo), added character and interest. Others weren't; the shade of white used in digital applications was not pure #ffffff.

Another key element was producing print materials that were not cluttered. I designed three mailers—which, compared to communications from other mayoral and council candidates that cycle, were easier to read with emphasis on candidate photography—as well as several print advertisements to run in local newspapers.

The campaign was a resounding success. Doreen was elected having received more votes than the two incumbents standing for re-election to one of the three available seats, becoming the first Native American councilmember in Tempe's history.