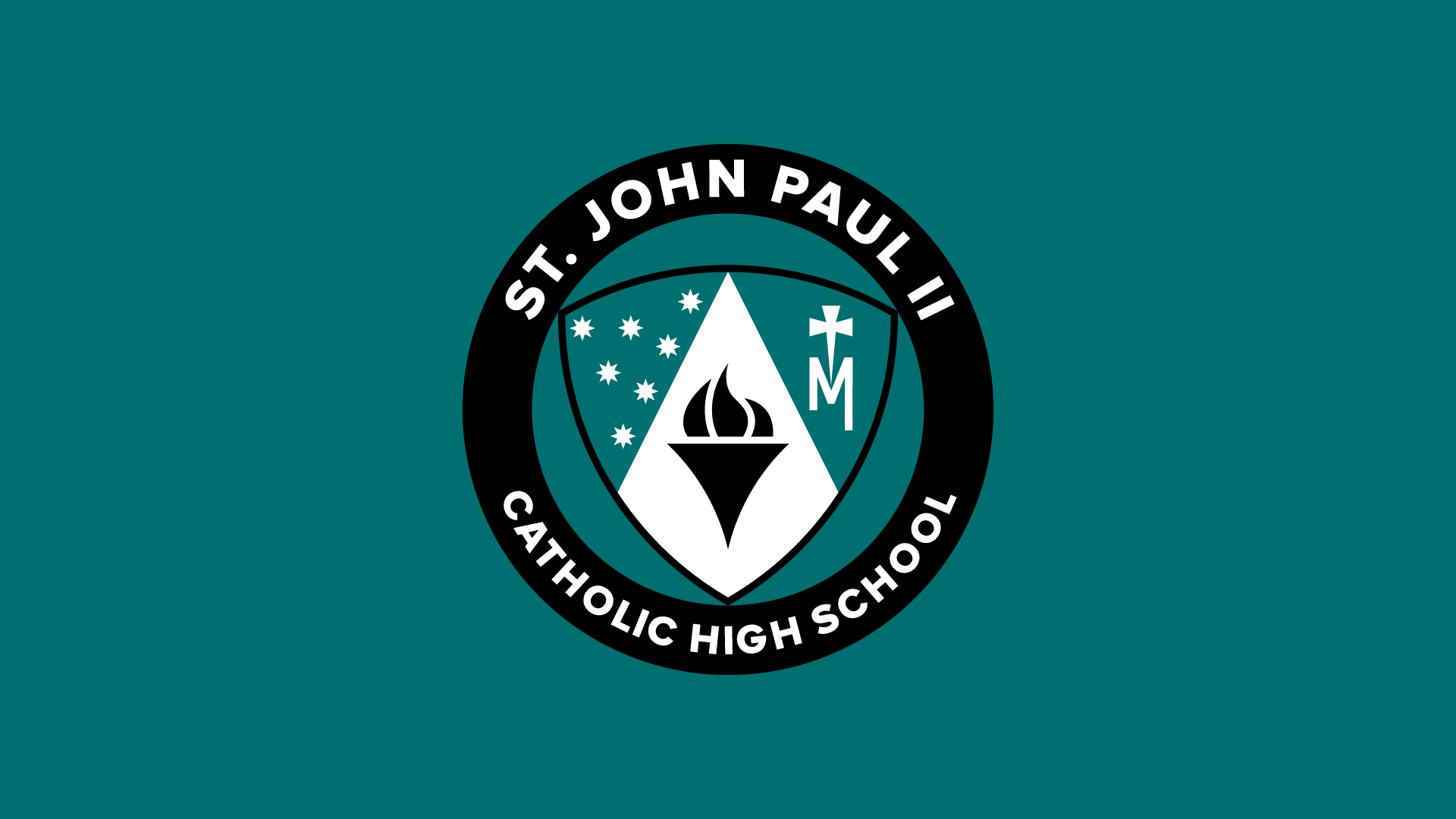 Rally 'round the shield.

As a product of a Catholic high school, I understood the importance and quirks of a good school identity. In 2015, when the Diocese of Phoenix announced the opening of the first new Catholic high school in over a decade, St. John Paul II Catholic High School in the West Valley, for 2018, I made a brand proposal and sent it off.

More than a year later, I got an email from the Dominican nun hired to be the new principal. Not much of what I sent was going to be applicable to the decisions they made, but they were interested in working with me to nail down everything else.

So what goes on the coat of arms?

Sister Mary Jordan Hoover, OP, had an idea for the general form. She wanted a tripartite coat of arms with a torch in the middle—a classic Dominican symbol. Teal and black had already been selected as the colors. She suggested a mantle of stars, a callback to the Virgin of Guadalupe, as the school was anticipated to serve a large Hispanic population.

I suggested other elements, such as the nod to the papal seal of John Paul II that also reflects the unusual cross shape in the diocesan coat of arms. I also sought a shape that would circumscribe neatly. My high school's coat of arms did not, and it led to awkward spacing.

I also took note of the lessons I'd learned when it came to putting text around the school logo. We explored motto and year of establishment versions but found them too small for use in specific applications—the opposite of where this identity needed to go.

In addition to a roundel-based crest, lockups with a horizontal wordmark were produced, including Spanish versions.

Bringing a community together

The coat of arms was unveiled in May 2017 at an event where future JPII students solved a custom "logo puzzle". The identity gave school stakeholders something to rally around while the school itself was being constructed.

The first phase of construction was completed in August 2018, and since then, hundreds of students have rallied around the shield.