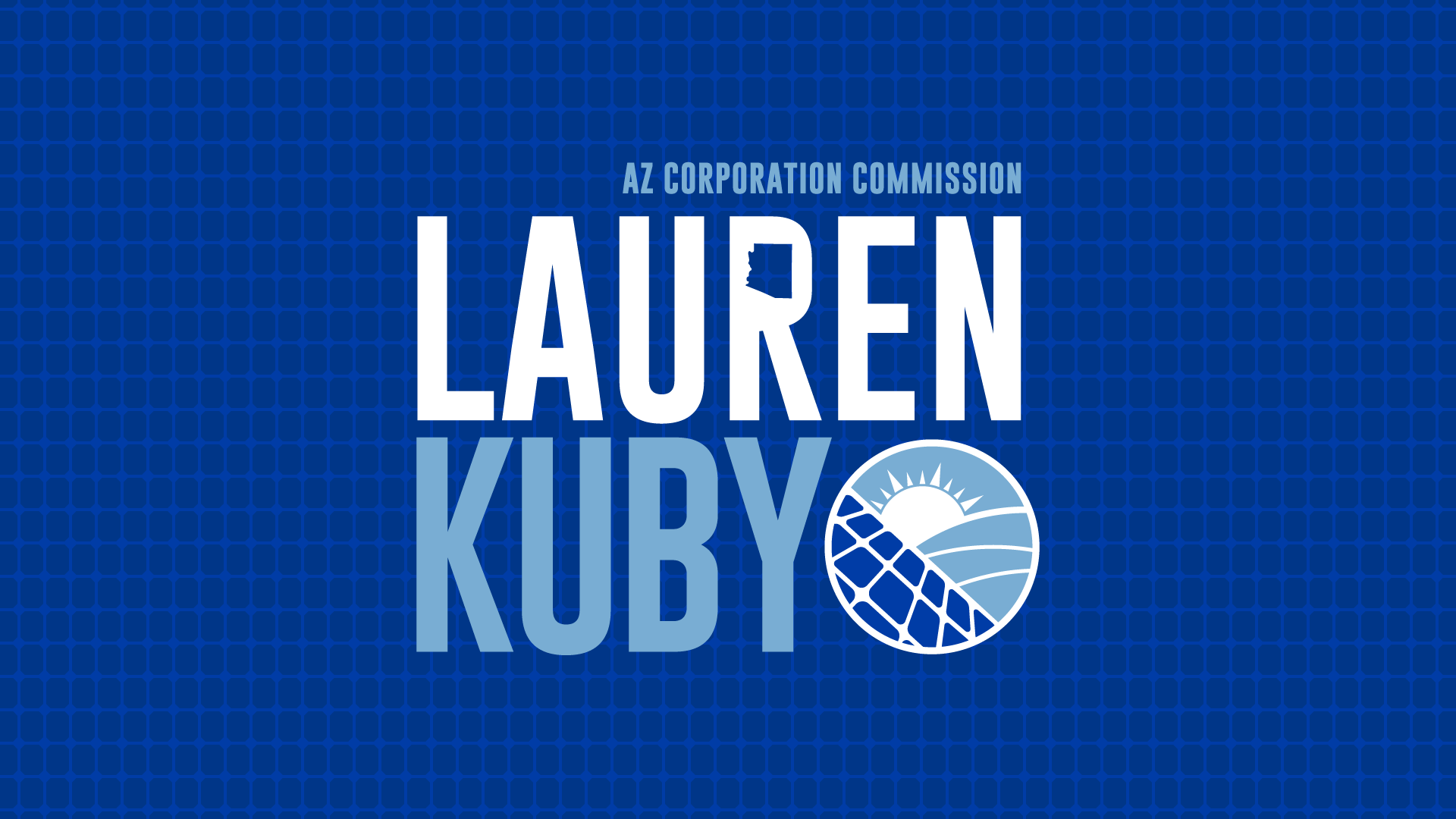 Arizona has a five-member Corporation Commission which is elected in part every two years. This statewide office is not only powerful but also has a not-very-descriptive title. The Corporation Commission's primary power comes from determining Arizona's energy policy. That might sound abstract, but in a variety of ways, it has very tangible effects on every utility consumer in the state: water policies, power plants, gas rates. And utility companies have successfully responded by spending lots of money to elect friendly commissioners.

When I joined Lauren Kuby's campaign for Corporation Commissioner, there was already a logo in place. However, I evolved the brand and gave it a more active tone. The focus was to use simple language to explain real problems in the state and make people care about that weird office buried below Mine Inspector on their ballots.

Direct language and a sense of activity and—yes—energy were the primary focus of the campaign literature. I produced Spanish translations for major touchpoints, including the campaign website and several print pieces. This required layouts that were flexible to the often longer Spanish-language texts and translation of phrases that do not have consistent translations in state literature (including the Corporation Commission itself).

There was also newspaper advertising in selected rural Arizona cities, such as Holbrook (below). Simple, punchy layouts provided a professional, uncluttered, attention-grabbing look.