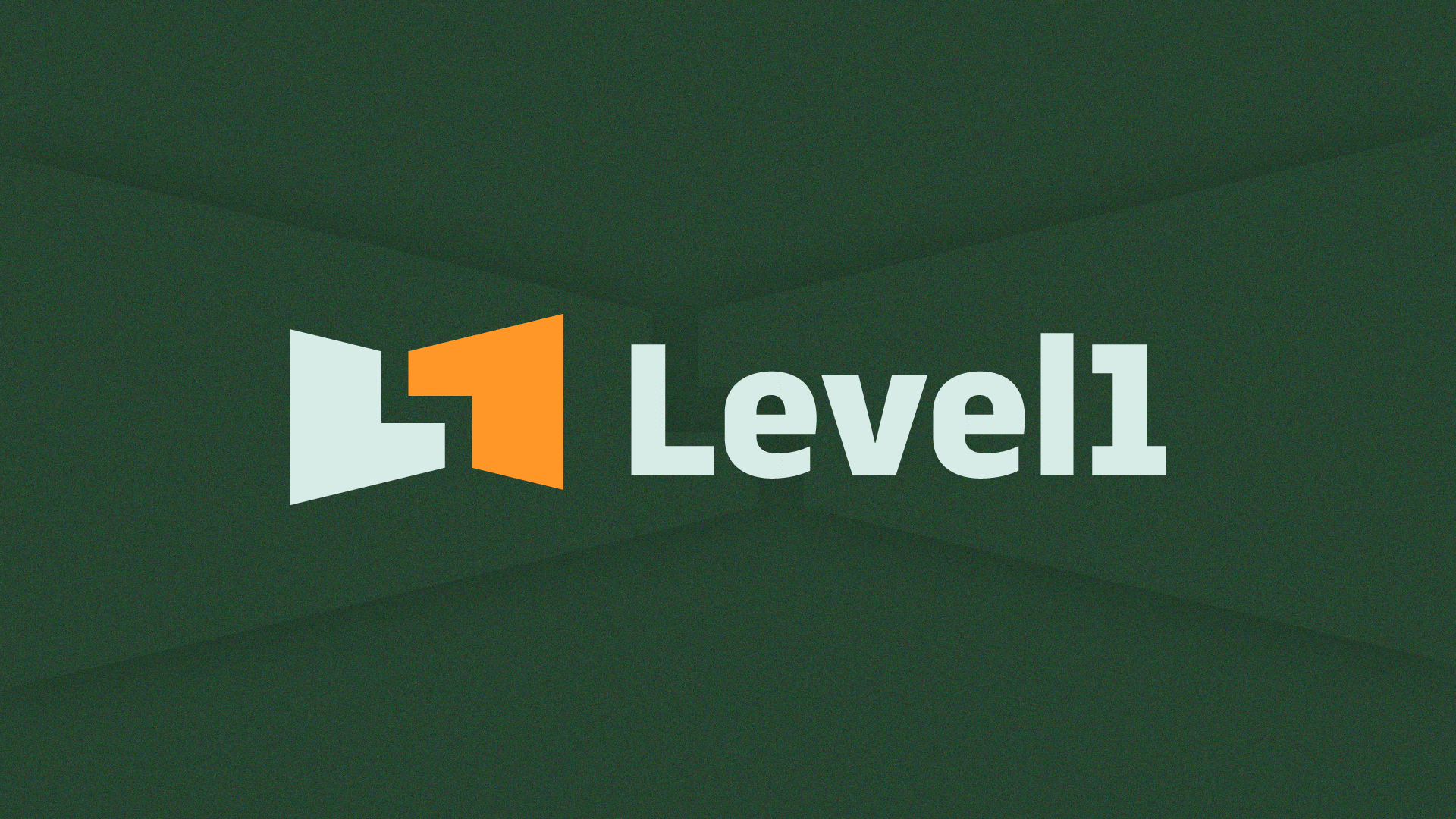 A New Game+ for Level1

After six years in business, the time came for EndGameTV to fold. However, a portion of the company's business opted to continue on as a new venture.

It was time to start at Level1. Absorbing much of EGtv's Smash IP (and several of the people involved in organizing Smash events for EndGameTV) but also being a distinct venture in and of itself, the new company needed a brand.

That's where I stepped in.

Rooted in the Northwest

EndGameTV's Smash business, and thus the new Level1, is concentrated in the Pacific Northwest, with significant event offerings in Seattle, Portland, and Bozeman, Montana. I wanted a look that would be just as at home on the shelves of an REI, or on a forest trail, as in the world of esports.

Three of the four key colors—Oregon Forest, Emerald City Green, Big Sky Mist, and Spice Orange—are deliberate nods to shell colors of the Nintendo GameCube, reflecting the strong ties of Level1 to the Super Smash Bros. Melee scene in particular. The orange pulls double duty as a connection to FatGoku, Level1's sponsored player in Melee who also came along from EGtv.

Hints of the Past

Since I handled all brand direction and design for EndGameTV, I also had insights that would make the transition easier. One of the last major design projects undertaken by EndGameTV was a new overlay package for Smash tournament broadcasts, which came along to Level1. The main sans serif typeface used in that package (Margin MVB) was adopted as the main sans serif for Level1's new brand, paired with Fairplex Wide to provide additional flexibility. In practice, the use of consistent type is important because event theming often means different colors are used in the on-stream graphics (such as this example).

The new package sets up Level1 to start fresh but building on the results of the past and more than six years of tradition and experience in event organization.